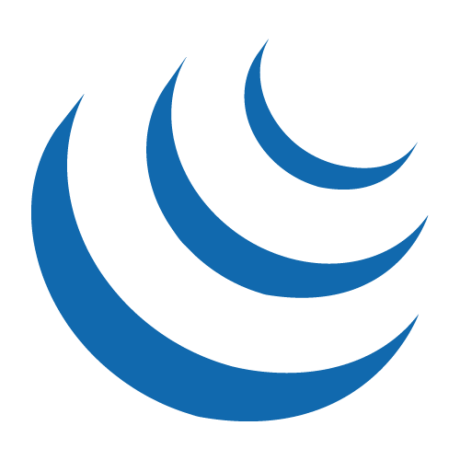 In the spirit of open source software development, jQuery always encourages community code contribution. To help you get started and before you jump into writing code, be sure to read these important contribution guidelines thoroughly:

jQuery has used a different bug tracker - based on Trac - in the past, available under bugs.jquery.com. It is being kept in read only mode so that referring to past discussions is possible. When jQuery source references one of those issues, it uses the pattern trac-NUMBER, where NUMBER is the numerical ID of the issue. You can find such an issue under https://bugs.jquery.com/ticket/NUMBER.

Environments in which to use jQuery

What you need to build your own jQuery

To build jQuery, you need to have the latest Node.js/npm and git 1.7 or later. Earlier versions might work, but are not supported.

For Windows, you have to download and install git and Node.js.

Linux/BSD users should use their appropriate package managers to install git and Node.js, or build from source if you swing that way. Easy-peasy.

How to build your own jQuery

Then, enter the jquery directory and run the build script:

The built version of jQuery will be put in the dist/ subdirectory, along with the minified copy and associated map file.

If you want to create custom build or help with jQuery development, it would be better to install grunt command line interface as a global package:

Make sure you have grunt installed by testing:

Now by running the grunt command, in the jquery directory, you can build a full version of jQuery, just like with an npm run build command:

There are many other tasks available for jQuery Core:

Special builds can be created that exclude subsets of jQuery functionality. This allows for smaller custom builds when the builder is certain that those parts of jQuery are not being used. For example, an app that only used JSONP for $.ajax() and did not need to calculate offsets or positions of elements could exclude the offset and ajax/xhr modules.

Any module may be excluded except for core, and selector. To exclude a module, pass its path relative to the src folder (without the .js extension).

Some example modules that can be excluded are:

The build process shows a message for each dependent module it excludes or includes.

As an option, you can set the module name for jQuery's AMD definition. By default, it is set to "jquery", which plays nicely with plugins and third-party libraries, but there may be cases where you'd like to change this. Simply set the "amd" option:

Or, to define anonymously, set the name to an empty string.

To create a custom build, first check out the version:

Where VERSION is the version you want to customize. Then, make sure all Node dependencies are installed:

Create the custom build using the grunt custom option, listing the modules to be excluded.

Exclude a bunch of modules:

There is also a special alias to generate a build with the same configuration as the official jQuery Slim build is generated:

For questions or requests regarding custom builds, please start a thread on the Developing jQuery Core section of the forum. Due to the combinatorics and custom nature of these builds, they are not regularly tested in jQuery's unit test process.

Make sure you have the necessary dependencies:

Start grunt watch or npm start to auto-build jQuery as you work:

Run the unit tests with a local server that supports PHP. Ensure that you run the site from the root directory, not the "test" directory. No database is required. Pre-configured php local servers are available for Windows and Mac. Here are some options:

Building to a different directory

To copy the built jQuery files from /dist to another directory:

With this example, the output files would be:

To add a permanent copy destination, create a file in dist/ called ".destination.json". Inside the file, paste and customize the following:

Additionally, both methods can be combined.

As the source code is handled by the Git version control system, it's useful to know some features used.

If you want to purge your working directory back to the status of upstream, the following commands can be used (remember everything you've worked on is gone after these):

For feature/topic branches, you should always use the --rebase flag to git pull, or if you are usually handling many temporary "to be in a github pull request" branches, run the following to automate this:

If you're getting merge conflicts when merging, instead of editing the conflicted files manually, you can use the feature git mergetool. Even though the default tool xxdiff looks awful/old, it's rather useful.

The following are some commands that can be used there:

Note: QUnit's eventual addition of an argument to stop/start is ignored in this test suite so that start and stop can be passed as callbacks without worrying about their parameters.

Test Suite Convenience Methods Reference (See test/data/testinit.js) Returns an array of elements with the given IDs

Fires a native DOM event without going through jQuery

Some tests may require a document other than the standard test fixture, and these can be run in a separate iframe. The actual test code and assertions remain in jQuery's main test files; only the minimal test fixture markup and setup code should be placed in the iframe file.

This loads a page, constructing a url with fileName "./data/" + fileName. The iframed page determines when the callback occurs in the test by including the "/test/data/iframeTest.js" script and calling startIframeTest( [ additional args ] ) when appropriate. Often this will be after either document ready or window.onload fires.

The testCallback receives the QUnit assert object created by testIframe for this test, followed by the global jQuery, window, and document from the iframe. If the iframe code passes any arguments to startIframeTest, they follow the document argument.

If you have any questions, please feel free to ask on the Developing jQuery Core forum or in #jquery on libera.